This is the testimony of Tasha Addo, a 26-year-old lady, who lived a normal life until 2016 when she discovered a mass in her body. A couple of weeks after, the mass kept getting bigger and bigger until she decided to visit the hospital. Following an ultrasound and CT scan result, she was referred to an oncologist who did a biopsy and diagnosed her with Hodgkin’s lymphoma.
She heard about the Healing School session, and believed it was God’s answer – she received her healing and became completely free when ministered to by the man of God, Pastor Chris. 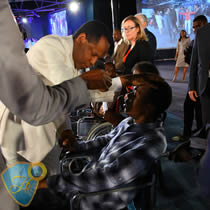 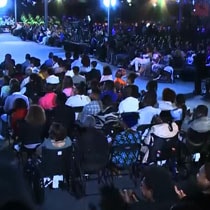