BREAST CANCER GONE FOREVER!     JOIN US THIS WEEKEND FOR THE HEALING TO THE NATIONS LIVE     A COMMEMORATION OF MIRACLES AT THE GLOBAL MIRACLE FAITH SEMINAR     COMPLETELY RESTORED     RAISED FROM THE DEAD 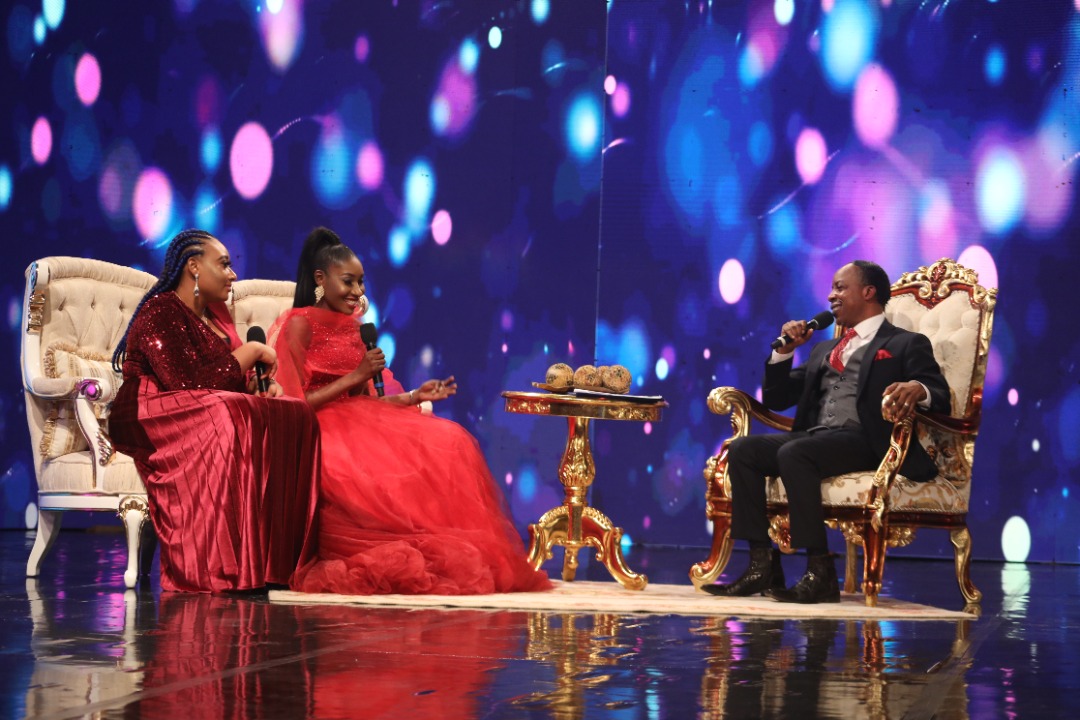 For the past couple of months, anticipation for the Healing Streams Live Healing Services with Pastor Chris has been building up like pressure behind a dam, and yesterday the dam burst open. The results? An avalanche of mind-blowing healing miracles and spectacular testimonies. All over the planet, people got up from their wheelchairs and sickbeds, dancing and praising God, whose infallible Word and incredible grace brought them healing.

It all began with a session of worship led by the inimitable Loveworld Singers, after which the Director of the Healing School, Pastor Deola Phillips, warmly welcomed the global congregation. Reading from Ezekiel 47:6-9 she explained how the healing waters signify the ministration of the Spirit. She assured the congregation that the Holy Spirit would convey the healing power of God to everyone who would connect in faith.

“The Healing Streams is a wave of God’s love. There is no limitation to the ministry of the Spirit; there are no barriers of time, space, or location. Everywhere you are, the power of God will locate you. So expect a change, expect a miracle,” she said.

After another stirring session of worship, Pastor Deola was joined on the set by senior ministers of the Healing School, Reverend Tom Amenkhienan and Reverend Ray Okocha, to discuss the impact of previous editions of the Healing Streams Live Healing Services.

Reverend Tom revealed that more than 5.5 billion people participated in the July edition and that the numbers will only increase. “The October Healing Streams Live Healing Services are here and the whole world is shaking. Heaven and earth are witnessing something extraordinary. The July edition saw 5.5 billion people participating all over the world. This edition is going to witness even more people. Just watchout,” he enthused.

Reverend Ray admonished the participants and encouraged them to stay focused and to follow the instructions from the man of God with faith. He prophesied that there would be healing even in places where healing centers were not set up, and observed that people would receive healing in their homes while Pastor Chris ministered to the people in the studio.

There was more to come. The next segment was hosted by Evangelist Eddy Owase, also a senior minister of the Healing School. This time featured a catalog of astounding testimonies with several testifiers from all over the world either present in the arena or calling in live to share their stories

Among the testifiers was Joy, who had been diagnosed with kidney failure and given up on by the doctors. Her condition had gotten so bad; she weighed 19kg, became totally blind, and was covered in sores that wouldn’t respond to medication. After the second day of the July Healing Streams Live Healing Services, she woke up in the morning and the sores had dried up overnight. Today, Joy weighs 51kg, has perfect vision, and two fully functional kidneys. Full of life and health, she attests thus: “I am a walking expression of the power of God.”

At this point, the atmosphere was so charged with faith, you could cut it with a knife. As the Loveworld Singers led in another session of worship, Pastor Chris arrived and immediately went over to the students seated in the hall. As he laid his hands on them, demons fled and sickness dissolved, unable to resist the matchless Name of Jesus.

Pastor Chris went further and led the the global congregation in moments of heavenly worship, and then began to teach deep truths about the benediction and God’s blessings in Corinthians 2.

“Some people in their pain cry out, ‘God, where are you? They don't know that God has already laid out a plan to meet their need. When you discover God's plan and walk in it, you will understand that the earth is truly filled with God's goodness,” he exhorted.

Immediately after, the man of God prayed and ministered specially to those connected to the Live Services. He commanded diseases out and decreed bodies to be made whole. What awesome moments as testimonies started flooding in from nations all over.

Viorica was bedridden with arthritis for years but during the ministraions, she arose and praised God For a new life of freedom. Robehi from Spain is healed from a herniated lumbar disc. Attractive from the United Kingdom is healed of several conditions including carpal tunnel syndrome and lower spinal pain. Vangalia from India was paralyzed on his left side; he jumps out of his chair with both arms in the air, totally healed after the man of God prayed.

This is just the beginning. This chronicle of power, love and divine manifestations continue today by 6pm (GMT+1). Don’t watch it alone. Get all around you and everyone you know to participate at www.healingstreams.tv/3days. God bless you. 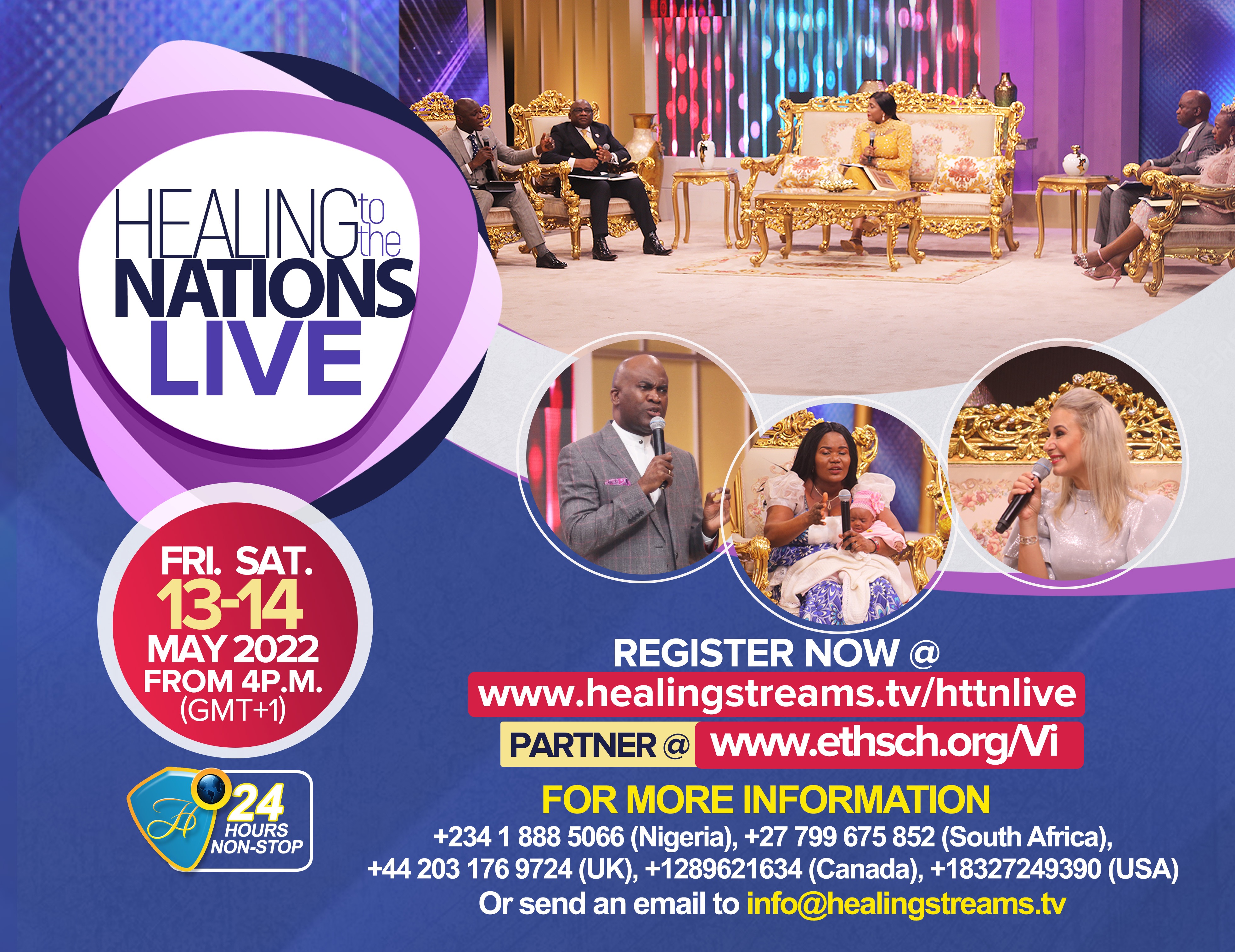 Get ready for a time of fellowship, empowerment, and promotion at the upcoming Healing to the... 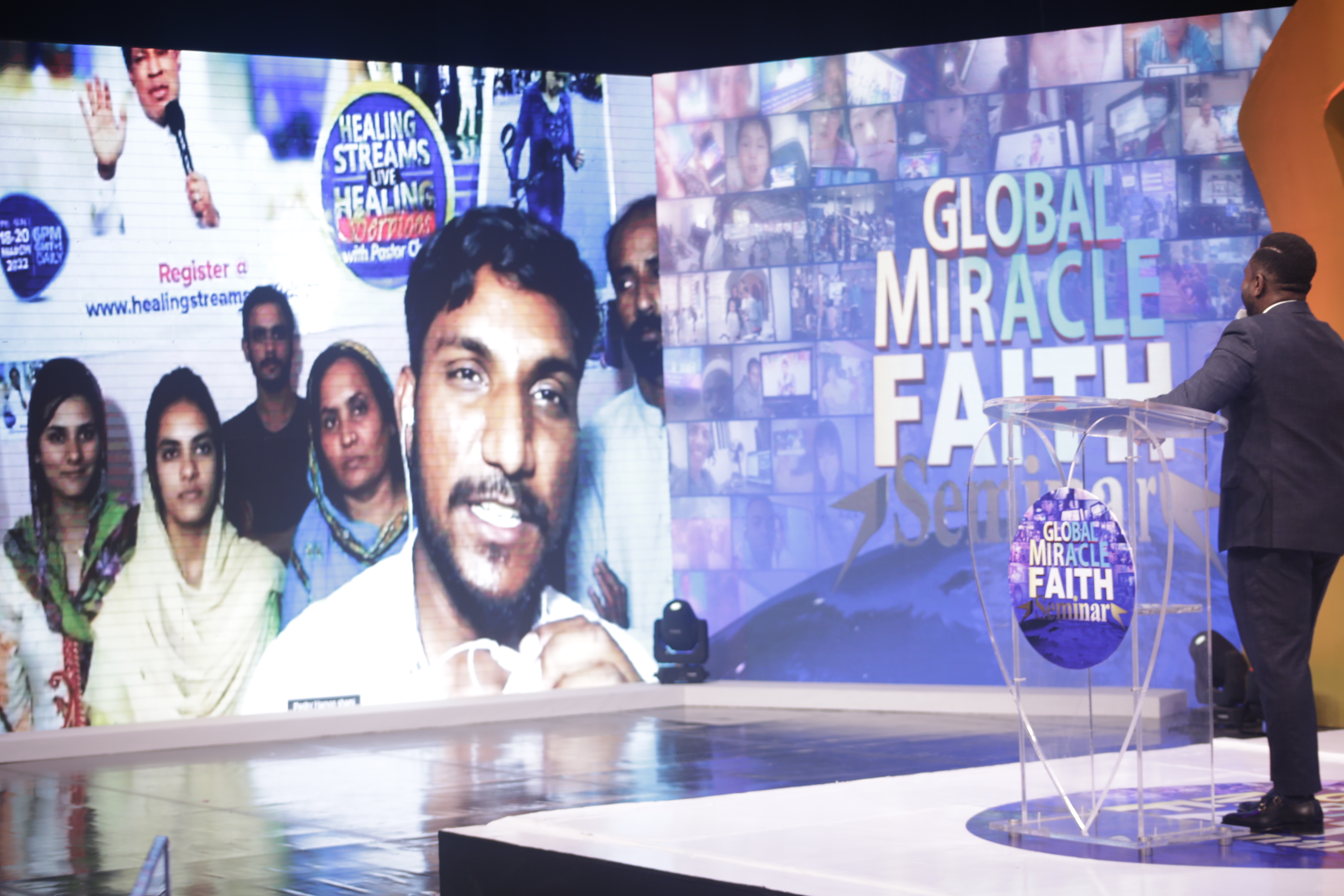 The Global Miracle Faith Seminar (GMFS) which was held on Saturday, April 23 was a most divine time... 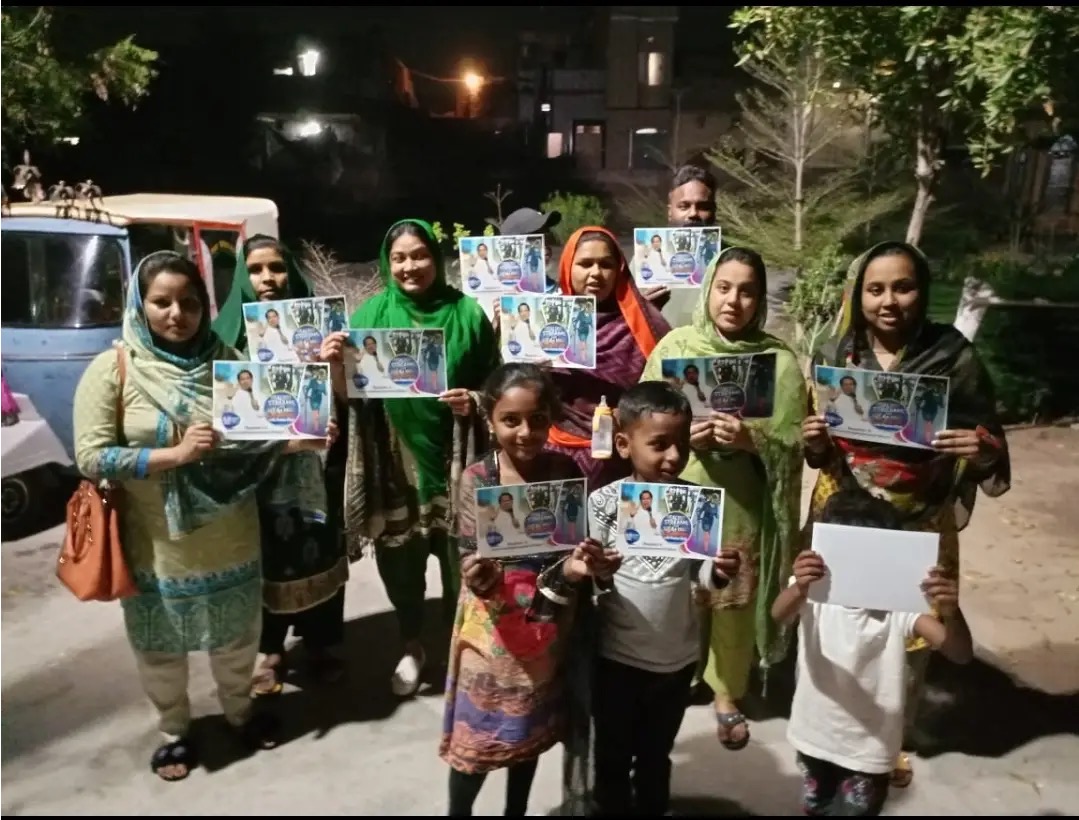 God’s will is for all men to be well, to live in absolute health and prosperity. This is why the... 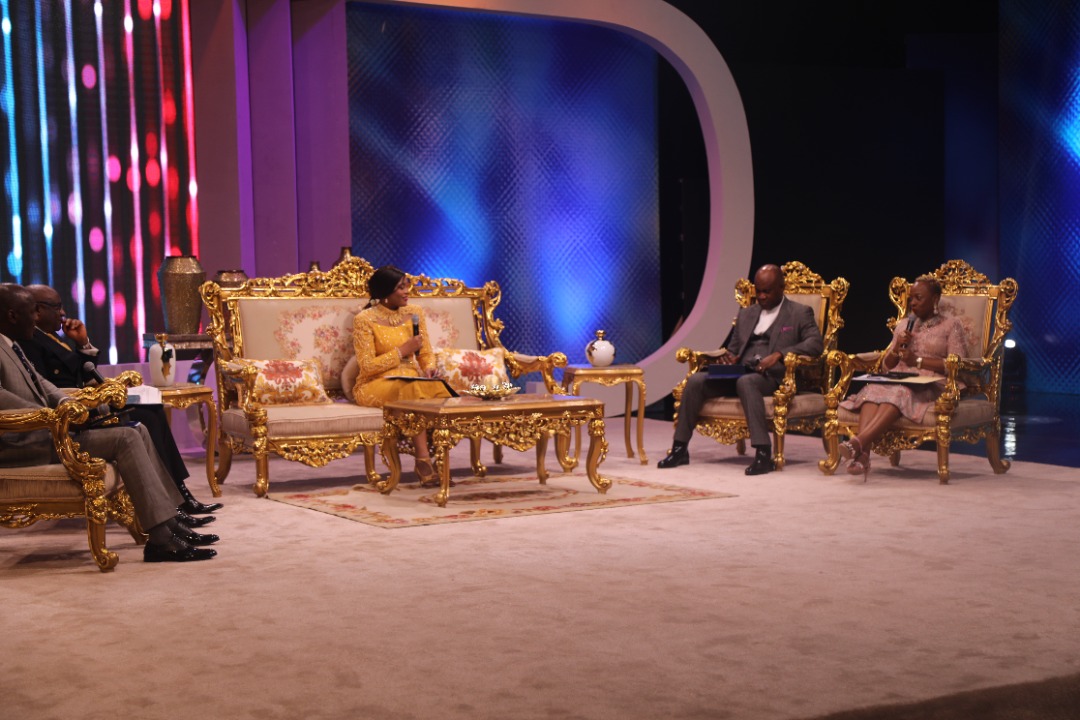 HEALING TO THE NATIONS.....

The first-ever Healing to the Nations Live marked a golden opportunity for billions all over the... 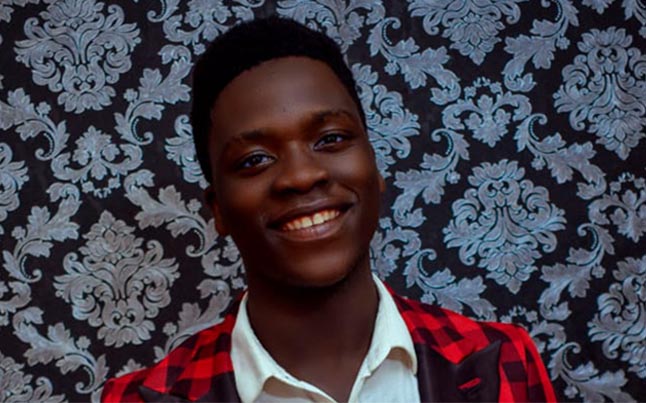 The glory of the Lord is set to cover the whole world through the October Healing Streams Live... 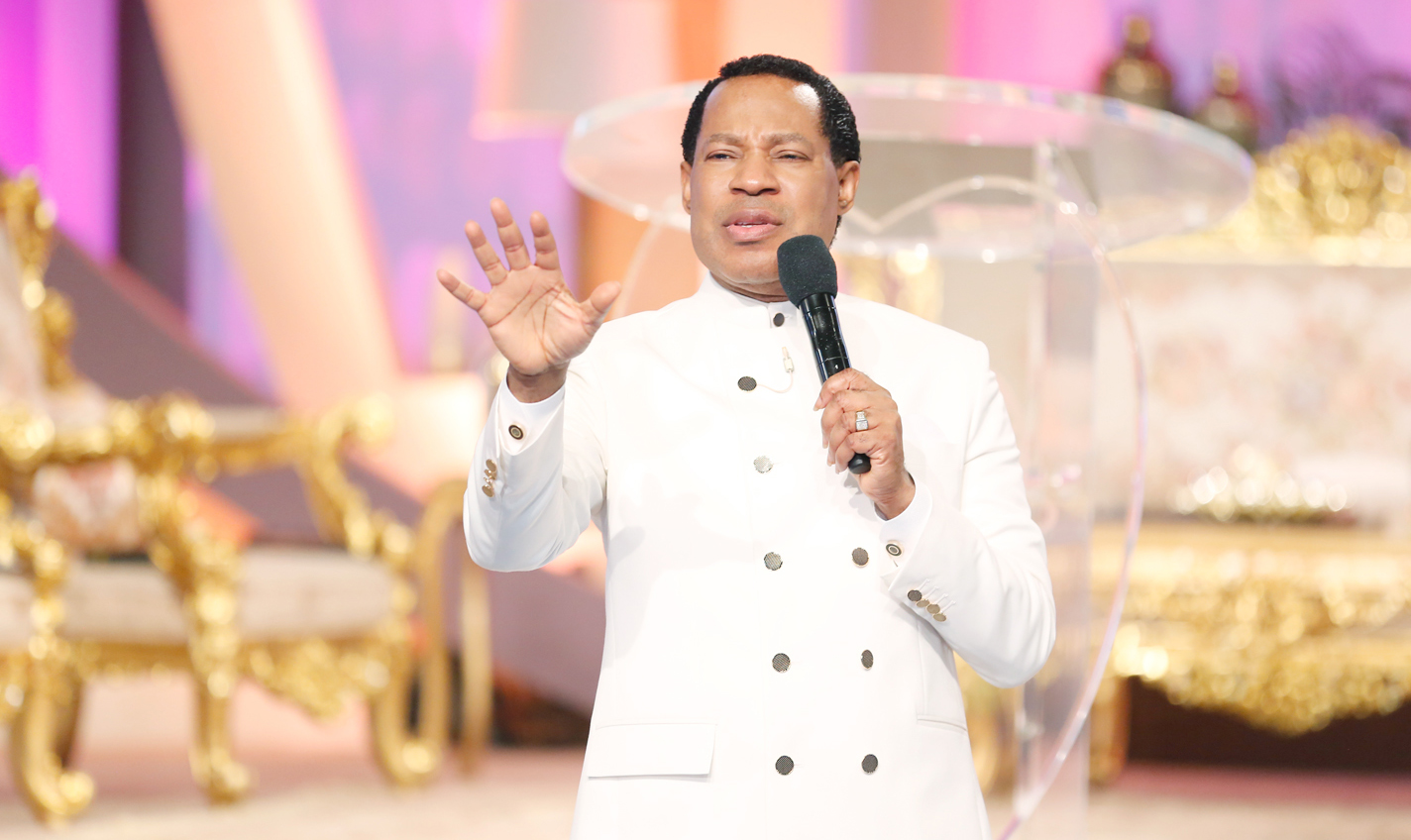 Something beautiful is happening, something the world has been waiting for, and yet it’s been in... 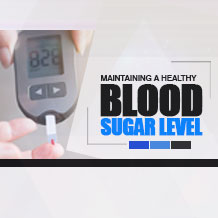 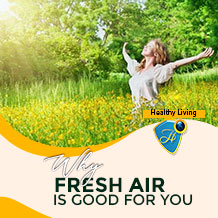 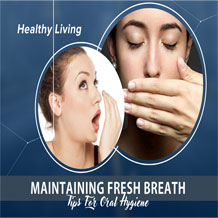 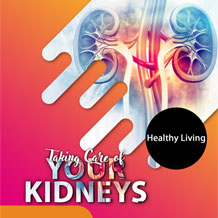 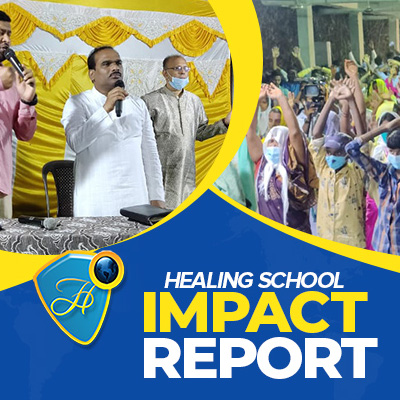 JOIN US THIS WEEKEND FOR THE HEALING TO THE NATIONS LIVE

A COMMEMORATION OF MIRACLES AT THE GLOBAL MIRACLE FAITH SEMINAR

RAISED FROM THE DEAD

HEALING TO THE NATIONS MAGAZINE - MAY 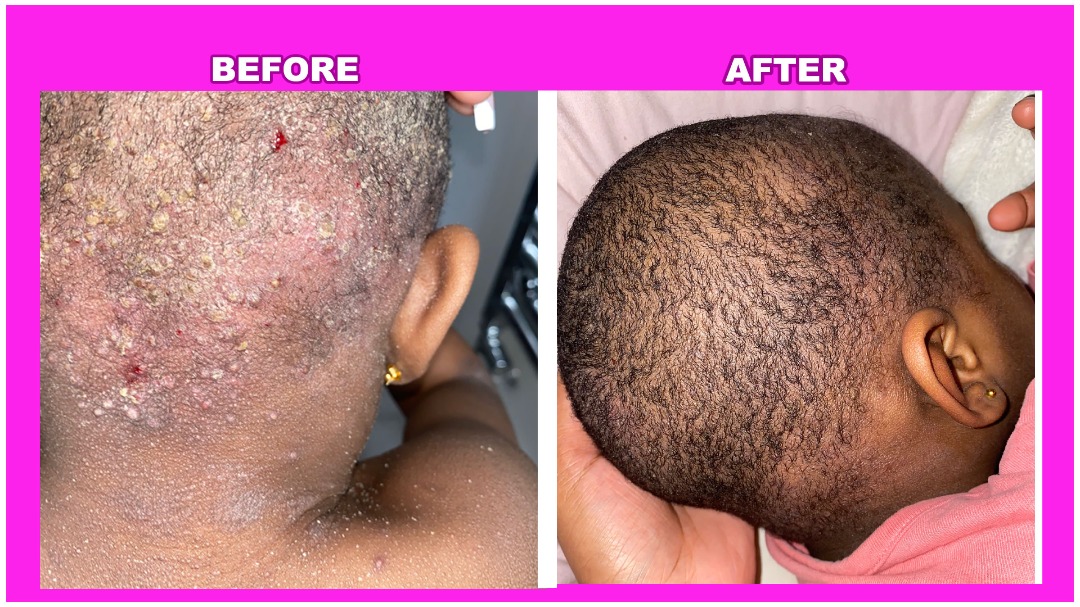 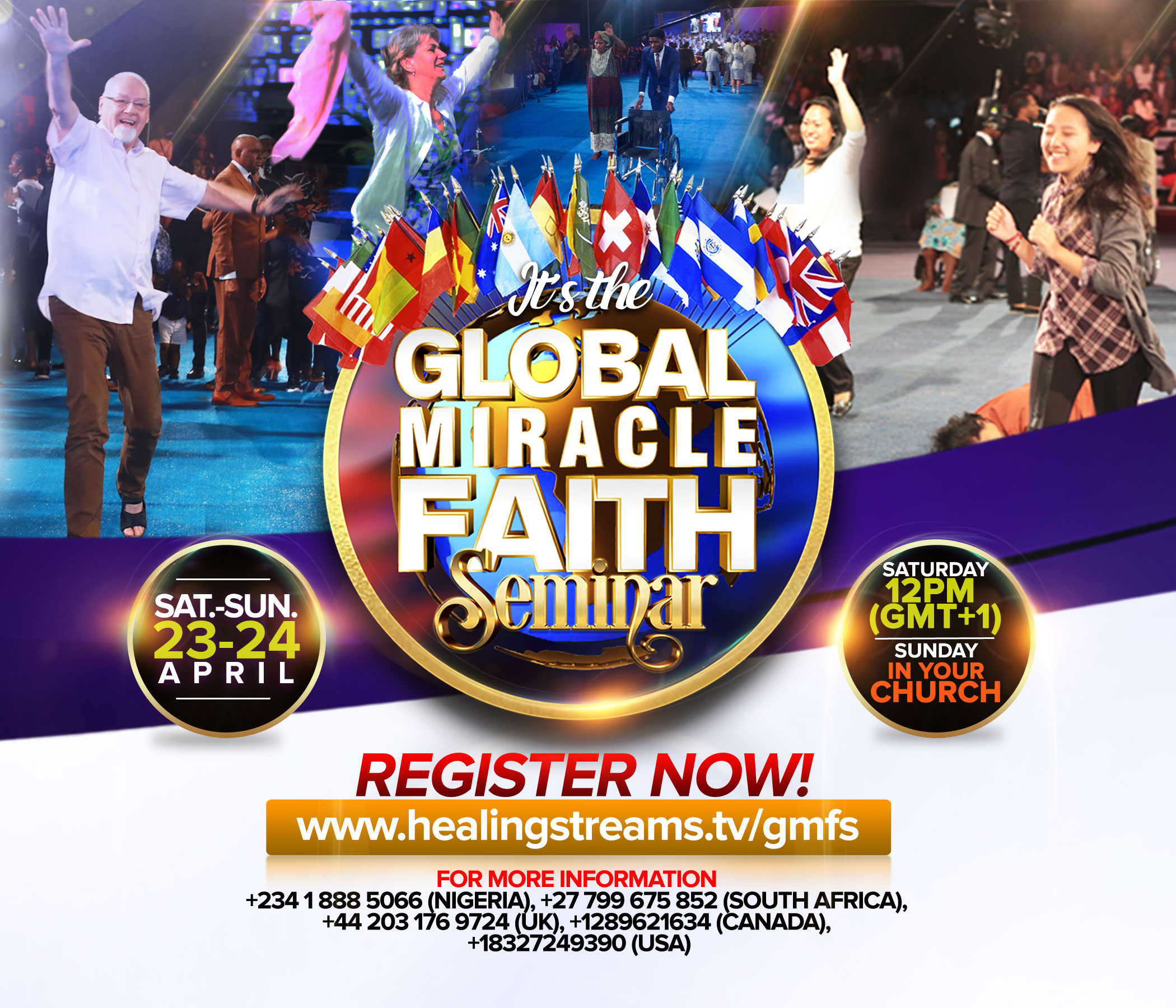 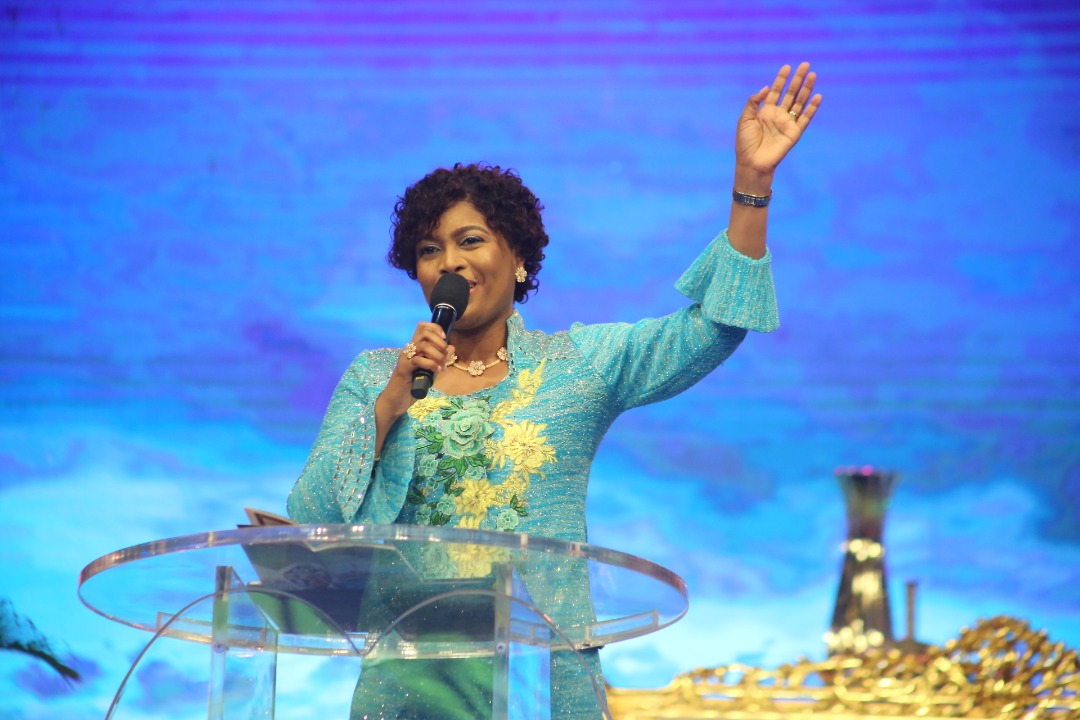 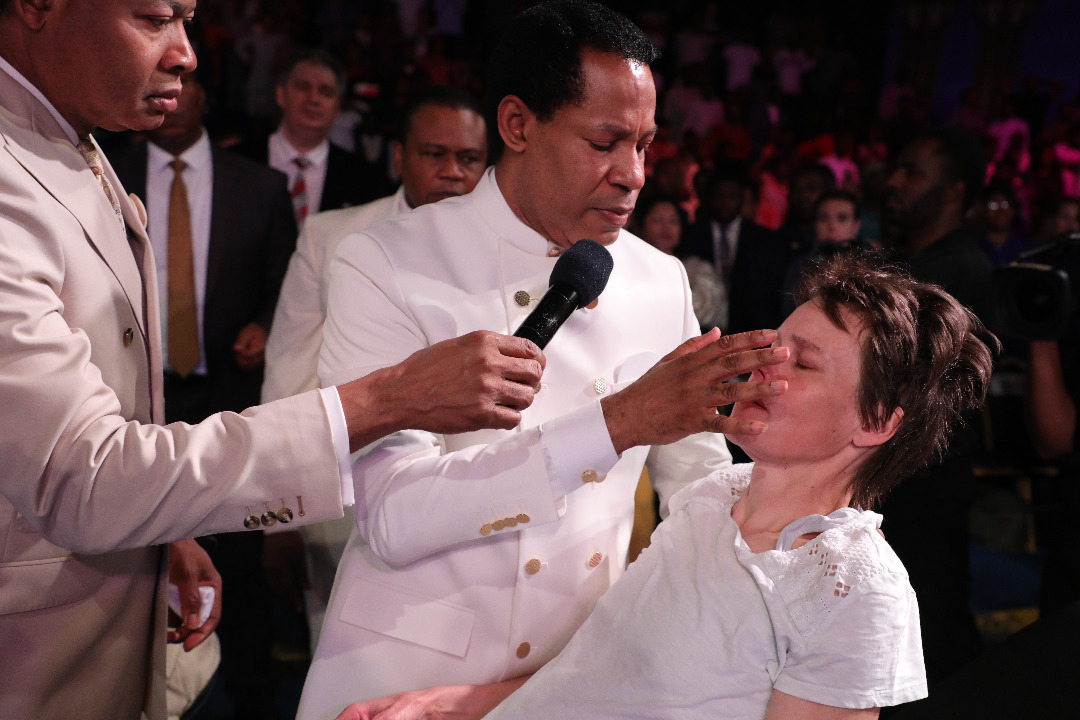 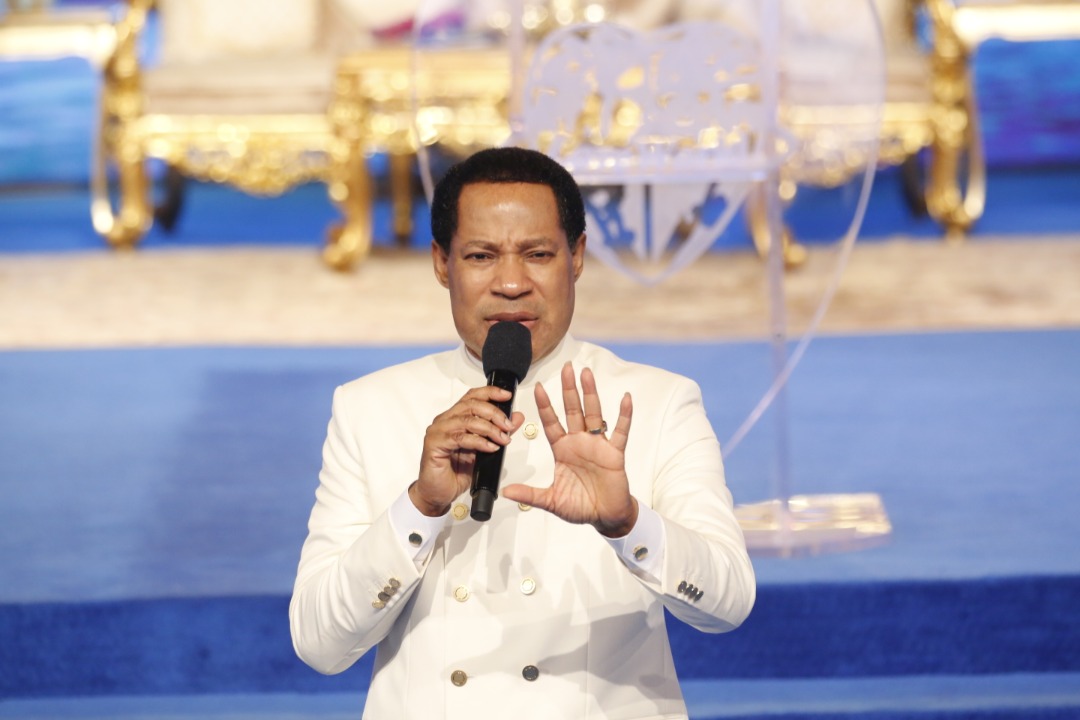 AN OVERWHELMING OUTPOURING OF MIRACLES!