The July 2019 Healing School Online Prayer Conference for the Summer Session with Pastor Chris in Canada was one with great impact; dispensing healing, salvation, and miracles to millions who connected live from every continent of the world. 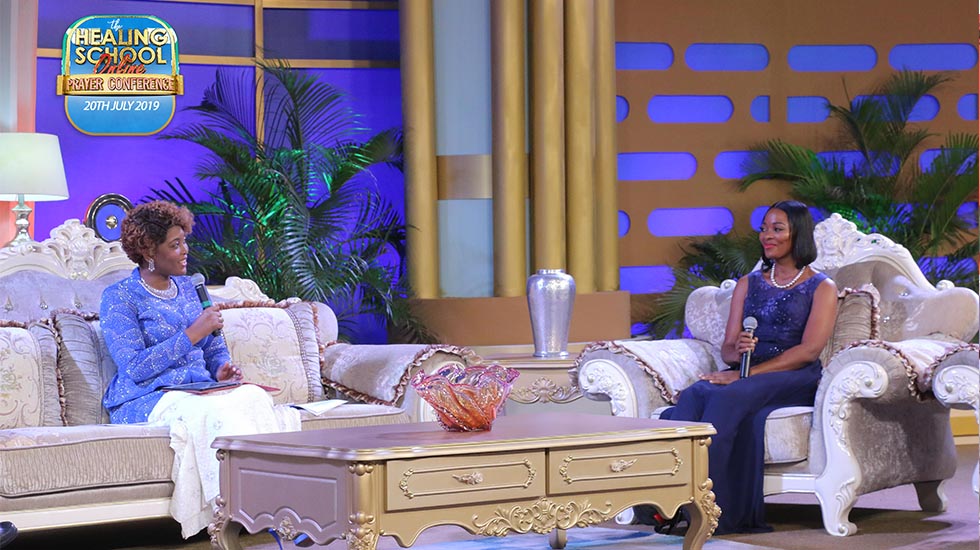 Several participants expressed great expectations and were geared up for a time of transformation. “I am very excited about the prayer conference and I’m expecting testimonies because I know that many will be inspired to attend the upcoming session in Canada,” Lena from Norway enthused. “I’m expecting testimonies of healing and salvation for many who will attend the conference today," exclaimed Pastor Rebecca from Germany.

In her opening address, the Chief Executive Officer of Loveworld Inc. and Director of the Healing School, Pastor Deola Phillips, welcomed everyone participating online and via the Loveworld Networks to an awesome gathering in the unity of faith and in the authority given to us in Christ to usher in seasons of mercy and grace for the sick through prayer. “As we pray, tremendous power will be made available and we will change the world,” the esteemed director declared passionately in prayer. Present also on the set were distinguished ministers and partners of the Healing School, including Evangelist Dr. Eddy Owase, a member of the Central Executive Council and Pastor Emeka Eze, the Zonal Pastor of Christ Embassy Lagos Zone 2. 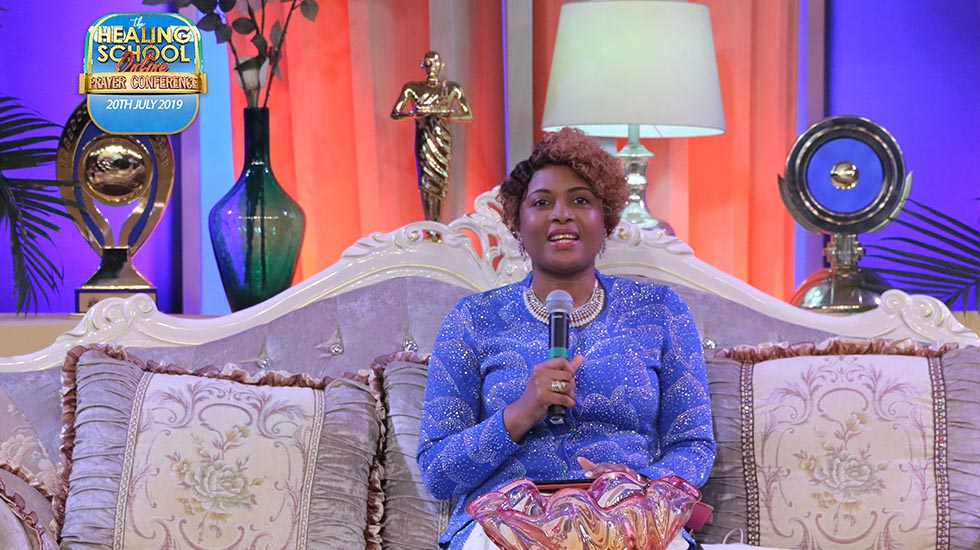 The program line up was one that built inspiring thoughts into the hearts of the participants to pray effectively, and faith to receive divine healing for any sickness, disease or infirmity.

As insightful discussion panels unfolded, highlighting the impact of the healing ministry of the man of God Pastor Chris, the 2019 Autumn Session of the Healing School, testimonies of past students, as well as participants of previous editions of the Online Prayer Conference, the infallibility of God’s love, compassion and miracle-working power was revealed indisputably.

Narrating her miraculous healing from lumbar spondylosis, Glory Odiga described the Healing School as the manufacturer’s place, where broken people are fixed in today’s world. Another past student, Zoe, shared her life-changing experience at the Healing School, where she became sickle-cell-free after her encounter with the man of God, Pastor Chris. Since after being healed of stroke at the Healing School, Bess Brendakamp now ministers to her family with her testimony and is looking forward to reaching the Germans. John Foord also relived his moments at the Healing School, where he received healing from prostate cancer and depression, and presently enjoys divine health and spiritual advancement. Now saved and a vibrant worker in the house of God, Gugu Makhanya no longer takes scores of tablets for symptoms of bilateral cord compression. “My life is from glory to glory,” she enthused. Rejoice Phaladi not only became free from fibromyalgia and the fears that hitherto bound her but is now an ambassador of healing to her world. Each testimony caused the Bible to come alive, confirming that “Jesus Christ, the same yesterday, today and forever.” 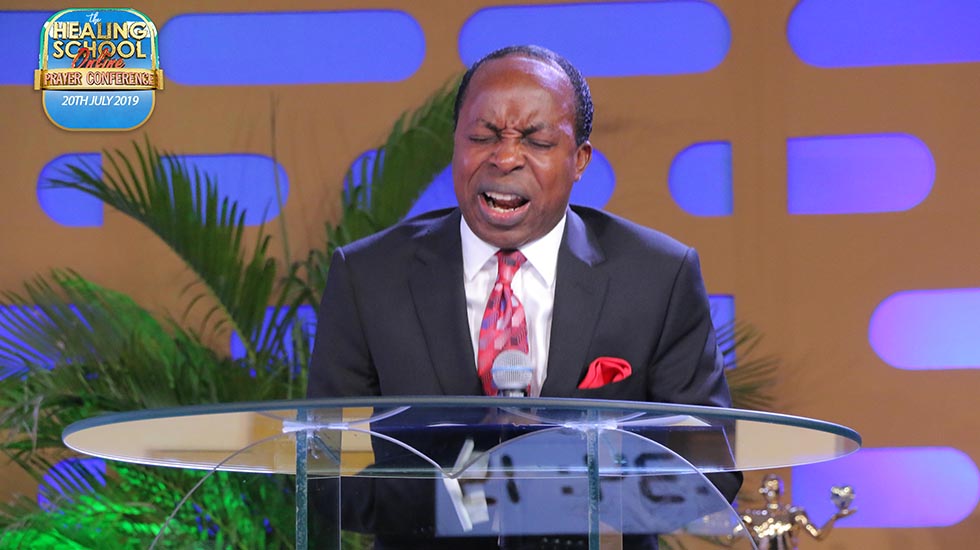 The prevailing power of God was unleashed during the intercessory prayer segments at the conference, bringing God’s mercy and grace to the lives of many more. There were moments of change for hopeless situations and above all, to create the much-needed circumstances and wherewithal for all those desiring to attend the upcoming Summer Session. Words were released in faith, transcending distance and time to minister hope and courage to prospective students. Christians and children who were sick were also specially brought before the Lord in fervid prayers.

The climax of the conference was reached when the ministers began to pray over the requests for divine healing that were sent in from all around the world. Instantly, there was divine intervention for the sick watching the program and testimonies of healing streamed in from homes, hospitals and various viewing centers.

“Glory to God! My brother-in-law had a partial stroke and was unable to help himself for some months now. He could not do anything for himself. He is moving around now, he looks different, he is fully healed now, it’s like magic. Glory to God!!! Thank you Pastor Chris and the Healing School," Hayford from Canada shared. 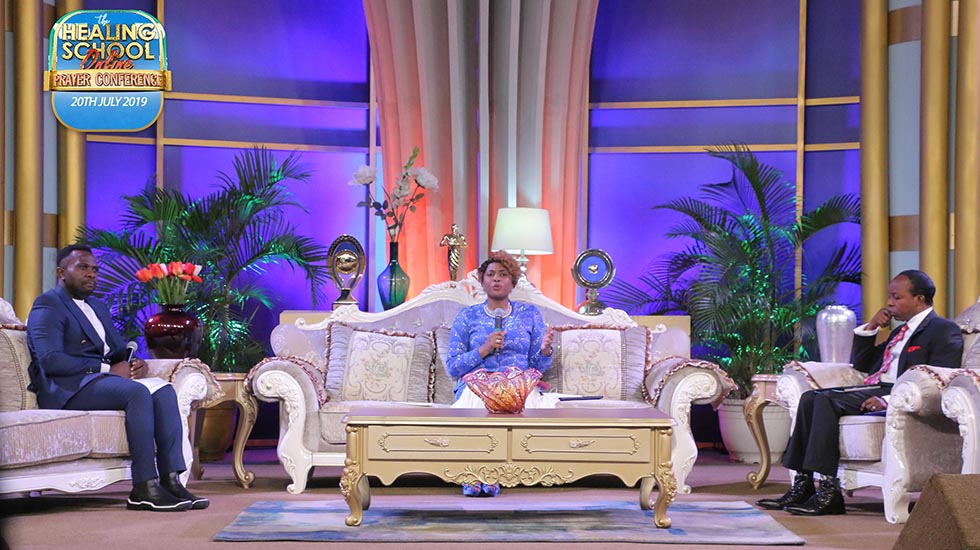 From Cayman Islands, Santi testified thus: “My elder sister, who has been feeling sick in her body for more than 15 years due to degenerative disc problem, suddenly discovered she could do what she could not do before. I took the conference to her in the hospital and we have been praying. Everybody is watching her in the hospital as she is moving unaided and without pain. Glory to God. Thank you Jesus. Thank you Healing School and Pastor Chris.” Nora from Kuwait received healing from blurry vision and a drooping right eye. Adedoyin from Nigeria celebrated her sister’s miraculous healing from fibroid which had caused her infertility and a protruding abdomen. “She went to the washroom during the program, because she was feeling hot sensations in her stomach. The fibroid came out!” Indeed, the July 2019 Healing School Online Prayer Conference has been a foretaste of the supernatural that is anticipated at the upcoming Summer Session with Pastor Chris.

The Healing School continues to bear God’s healing power to the ends of the earth, ministering healing, hope and restoration to the sick. To attend the Healing School and to read more reports, visit www.enterthehealingschool.org 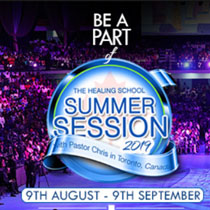 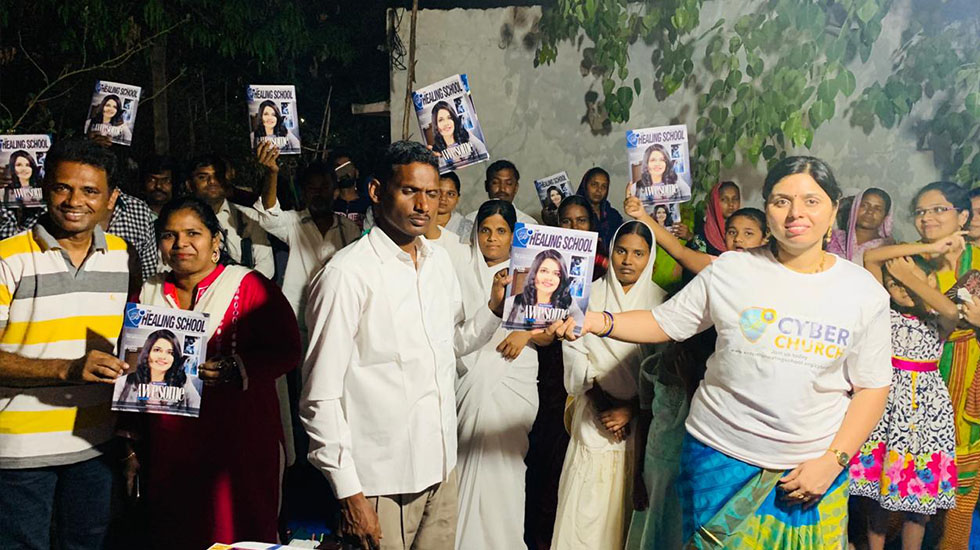