Pastor Chris Oyakhilome (D.Sc., D.D.), is the President of Loveworld Inc. and of Christ Embassy. Being a Man sent from God and a unique minister of the gospel of Jesus Christ, his Spirit-filled and anointed leadership continues to propel a dynamic, multifaceted and global ministry. As a pastor, teacher, healing minister, television host and best-selling author, Pastor Chris daily exudes an insatiable passion to reach the peoples of the world with God's manifested presence; a divine commission he has diligently focused on fulfilling for more than 30 years.

HEALING MINISTRY
The world renowned Healing School of Christ Embassy is the healing ministry of Pastor Chris, committed to taking healing to the nations, and manifesting the healing works of Jesus Christ, in our world today. The healing ministry of Pastor Chris has helped many receive healings through the diverse operation of the gifts of the Spirit, making them well and restoring them to a state of complete soundness.

TEACHING MINISTRY
Driven by a passion to see men and women all over the world, come to the knowledge of the divine life made available in Christ Jesus, Pastor Chris has helped millions experience a victorious and purposeful life in God’s word.

He holds massive teaching and healing crusades like the Higher Life Conference and Night of Bliss, hosted in various cities and nations of the world. One of such epochal meetings, which held in Nigeria, witnessed an unprecedented crowd of over 3.5 million expectant people, gathered in a single night’s event. He shares God’s Word in the simplest format to help God’s people discover what they have in Christ.

Presiding over an ever-widening network of Christ Embassy Churches and LoveWorld Campus fellowships, spanning all five continents, his teaching ministry is building faith in the hearts of many in the body of Christ, providing each one with divine insight into Christian virtues and realities. Episodes of “Pastor Chris Teaching” with excerpts from teaching meetings with Pastor Chris, air DAILY on LoveWorldTV in the UK, LoveWorldSAT in South-Africa, LoveWorldPLUS in Nigeria and major terrestrial television networks and radio stations, across the African continent, in the United States of America, the United Kingdom, Asia, Europe and around the world. His teachings are also available in all audio and video formats.

PUBLISHING MINISTRY
Pastor Chris is a prolific writer, and the best-selling author of the masterpiece “Rhapsody of Realities,” the world’s Number 1 Daily Devotional, distributed monthly around the world in over 1000 languages, with over two billion copies distributed worldwide.

TELEVISION MINISTRY
Pastor Chris, in the year 2003, pioneered the first 24-hour Christian Network, beaming from Africa to the rest of the world. This has, over time, given rise to several satellite stations including LoveWorld TV (United Kingdom), LoveWorld SAT (South Africa), LoveWorld Plus (Nigeria), LoveWorld Canada, LoveWorld USA and many more. Through the proficient television ministry of Pastor Chris, millions of people have been reached with the beautiful message of salvation and many lives have been transformed through this medium.

On these Satellite TV stations, which are also available on various mobile platforms, Pastor Chris hosts the flagship program 'Atmosphere for Miracles', a special program showcasing the miraculous, also airing on major television networks in the United States of America, the United Kingdom, Asia, Europe and around the world. This unique program daily brings God’s divine presence right into the homes of millions, enabling them to believe for and receive their miracles. 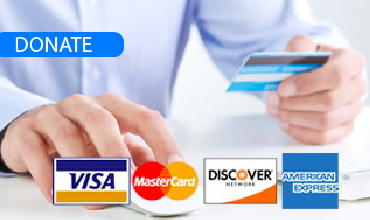 Partnership with the Healing School is a commitment by individuals, ministries and organizations to join forces with the man of God, Pastor Chris in changing lives around the world. 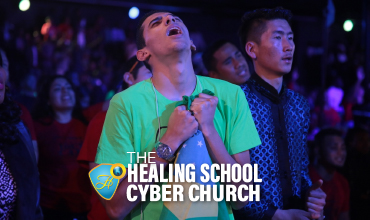 The Healing School Cyber Church is an online community specially designed for you to help grow your faith in God through our highly inspiring and interactive online meetings. 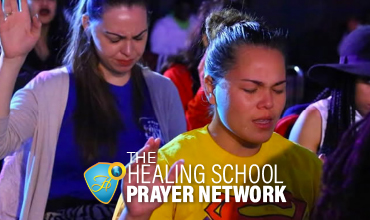 The Healing School Prayer Network is a platform where many across the globe have had their lives restored, taken the message of divine health to their world and spread the light of the gospel through ...